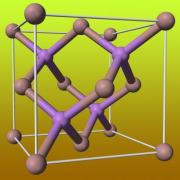 This article was written by Sam Davis and first appeared in powerelectronics.com
.

Paralleling GaN transistors increases the power handling capability of a high-efficiency and high-power density converter. To be successful, parallel operation depends on the designer’s ability to deal with parasitic elements within the GaN devices as well as those associated with interfacing circuits.

Characteristics of enhancement-mode (e-mode) GaN, such as positive temperature coefficient of RDS(ON) and a temperature-independent threshold voltage, make them excellent candidates for paralleling. 氮化镓系统 (GaN Systems)’ GS66516T is a GaN transistor that has these characteristics so it can operate efficiently and reliably in a parallel configuration; its features are listed below. After analyzing its parasitics, paralleled GS66516T transistors will be designed into the prototype of a half-bridge capable of 240A rated current.

In parallel applications, the junction temperature of low RDS(ON) GaN transistors increase to balance current sharing during the ON state, because of positive temperature coefficiency of RDS(ON). On the other hand, the threshold voltage (Vth) of 氮化镓系统 (GaN Systems)’ GS66516T is nearly constant as a function of junction temperature, as shown in Fig. 1. A device with lower Vth turns on earlier and turns off earlier, resulting in a higher turn-on switching loss and a lower turn-off switching loss. However, because of the characteristics of GaN, dynamic current sharing and switching loss distribution is not affected by unbalanced temperature distribution of paralleled transistors.

Parasitics are the main challenge for configuring parallel operation of the power stage and gate driver circuits, which are sensitive to the high di/dt and dv/dt during the switching process. We need to remove bottlenecks of applying GaN to ~100 kW power electronics systems, which are not only limited to ZVS typologies but also hard switching applications.

Figure 2 shows the equivalent circuit of a half- bridge power stage consisting of two high-side and two low-side GaN in parallel. This includes all the parasitic inductance in the gate drive loop and power commutation loop. It is necessary to understand the effects of parasitics and device characteristics on paralleled transistors when switching on.

2. Equivalent Circuit of Half Bridge with 2x GaN HEMTs in Parallel.

When the controller signal is added to the low-side gate driver, the higher switch of the totem pole circuit in the gate driver chip turns on. The gate driver capacitor begins to charge the CISS (CGS + CGD) of the paralleled GaN. When VGS>Vth (threshold voltage of GaN), the two-Dimensional Electron Gas (2DEG) begins conducting, as shown in Fig. 3. To simplify the analysis, we can divide the switching on process of paralleled GaNs into four periods: P1-delay period, P2-di/dt period, P3-dv/dt period, P4-remaining switching period.

3. State of GaN transistor when switching on.

Table 2 presents the effects and design rules of various parasitics in the gate drive loop and power loop. These parameters refer to the equivalent circuit in Fig. 2 of a half-bridge employing parallel GaN transistors.

Parasitic inductance is a function of the magnetic flux caused by the current. According to the law of electromagnetic induction, with the multi-layer magnetic-flux-canceling design strategy, the parasitics of the trace could be greatly reduced. The direction of the commutation current on two adjacent layers are opposite so that the generated flux outside the loop cancel each other.

Parasitic capacitance is another design consideration. During the switch-on process, COSS as well as the reverse recovery charge (as seen in Si/SiC MOSFETs) increases the current spike and switching loss. Generally speaking, in hard switching application, the more transistors we parallel, the higher switching loss we get. There are an optimum number of paralleled GaN transistors to reach the highest efficiency for a specific application.

The current spike measured during the hard switching-on in the lower switches is contributed by the displacement charge current of the parasitic capacitance between voltage jumping point and BUS+ node, which was measured in Fig. 8. The measured equivalent capacitance is about 2 nF.

Figure 9 shows the prototype of a half-bridge power stage consisting of four high-side and four low-side GaN transistors in parallel that is rated at 240 A / 650 V. It has been experimentally verified by the double pulse test.

As shown in double pulse test waveform in Fig. 10, reliable hard switching on and off are realized at the rated power, 240 A/400 V with clean transition waveforms, while the spike on VDS during switching off is only 52 V even with close to 60 V/ns turn-off speed, which shows the benefit of low power loop inductance.