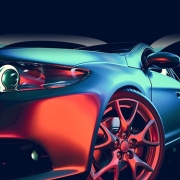 This article was originally published by EE Times on June 7, 2018.

The announcement of a deal with ROHM at this years PCIM exhibition put a lot of focus on US startup 氮化镓系统 (GaN Systems). Nick Flaherty talks to CEO Jim Witham:

The second source deal with ROHM, a leading automotive supplier, is a key step for the company which was founded in 2008 by serial entrepreneurs Girvan Patterson and John Roberts who retired in 2016.

“We’ve been at it for years and now the automotive customers are tackling us, not the other way around,” said Jim Witham, CEO. “Literally every company in the automotive space has GaN designs in the works right now – the weight and volume are really critical, to get longer range or use less batteries and GaN is more efficient than silicon or silicon carbide (SiC).”

Witham joined 氮化镓系统 (GaN Systems) from Neoconix, a manufacturer of high density, miniature connectors after it was bought by Unimicron Technology. Prior to Neoconix, Witham was CEO of Fultec Semiconductor, where his team made circuit protection devices using high voltage silicon, silicon carbide and gallium nitride (GaN) transistors until it was acquired by circuit protection market leader Bourns.

He points to financial backing from BMW last year as a clear indicator of the demand. “They have voted not only with their engineering to use our devices for an onboard charger that’s a third the size and weight of a traditional silicon one but they have also voted with their investment dollars,” he said. “Another is Hella, the German tier one supplier, which have an onboard charger that’s one fifth the size of their previous versions.”

The on-board chargers are the starting point, and the same engineering teams also develop the traction systems.  “I can’t think of any case where the engineering team that do the traction and converter systems don’t do the charger,” he said. “The three most common applications are on-board chargers, dc-dc converter and traction inverter and that’s where most people are using the GaN devices, absolutely. If you can’t charge your car it won’t run so it’s a critical function.”

The traction designs are a little different and are currently dominated by silicon IGBTs and SiC MOSFETs. “Traction inverters are sized for power and that situation is dominated by conduction losses but there’s little differentiation between Gan and Silicon and SiC,” he said. “But when you look at the load profile more of the time is spent at low load, around the city, and GaN dominates with the switching losses at low load so the way the market is bifurcating is the high voltage and for medium and low voltage systems they are moving to GaN.”

Another issue is the qualification of parts. Several suppliers have now announced AEC qualification of GaN devices. “We have detailed test programmes with all the automotive manufacturers for AEC Q+, they have all the test results,” said Witham.

However GaN is an enabling technology and that needs a broad portfolio, from wireless chargers in consumer designs to highly efficient converters in data centres. “The approach that we take is these are the basic building blocks for any power system from 25W to 25kW,” he said.

“For the data centre we have power supplies from Bel Power that provide twice as many watts into the same space that frees up extra space for servers and memory in the rack, and in industrial designs the smaller power supplies are a third the size for PLCs.”

That can bring challenges for a growing company.

“The winners in this GaN business will have a full product line, but you do have to focus as application support becomes critical,” he said. “We probably have ten different semiconductor IC companies with reference designs with our chips, we have half a dozen micromodule makers, and a dozen module companies producing power modules for high power systems so we have a very active power partner programme as you have to build the system around the transistor and we need partners.”

The sweet spot for GaN is 100 to 1200V and from a few amps to hundreds of A, and then its taking these basic building blocks and coupling them with other things, he says. However there’s a long path to integration and that may not be the right direction.

“Integration is a three step process starting from discrete and getting customers to buy them,” he said, “Then you integrate separate die into a micromodule to get the best of breed components and then in some cases where it makes sense from a cost perspective, in low power, high density applications, it makes sense to integrate onto a single chip. That last step only occurs in really low power density applications and it’s not clear that chargers are the right place.”

Micromodules are more cost effective, especially for the data centre, he says.

“I’m not a big fan of that approach – there are some higher value markets with a micromodule or DC-DC converter that will give the size decreases and the costs can be absorbed, and that’s probably in the data centre world,” he said.